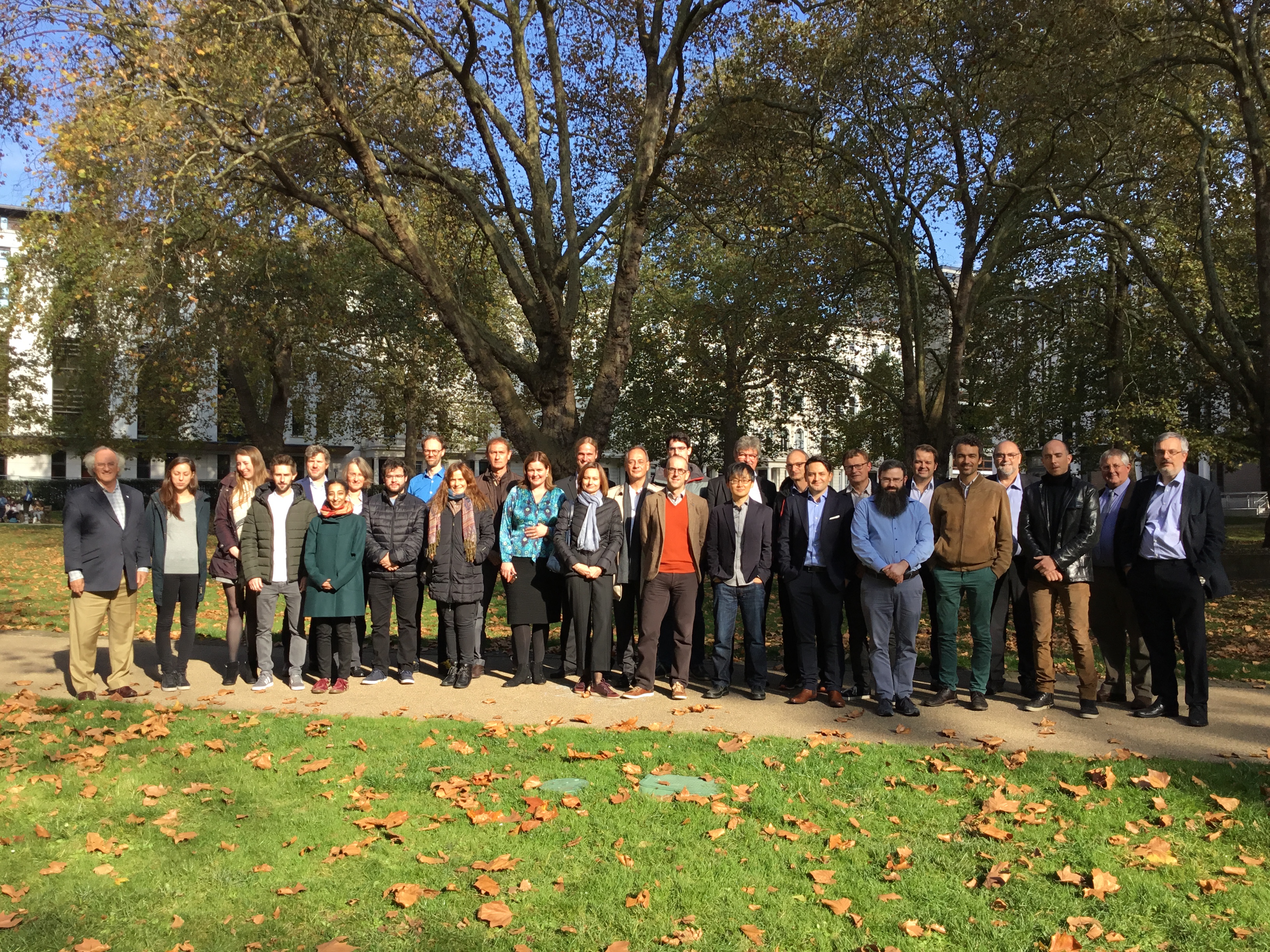 The eForFuel consortium gathered for the second meeting of the project from October 25th to 26th  2018 in London, UK. The 8th  month meeting was hosted by Imperial College London. It took place in the beautiful “58 Prince’s Gate“, where we had the chance to spend our time in a stunning ballroom.

After the kick-off meeting in Berlin, this was the first time when all the partners had the chance to meet and update each other in person on further developments in their work packages. The Weizmann Institute of Science could not be on site, so they skyped in to present their work. The Scientific Advisory Board attended the meeting as well and created a valuable contribution with questions and feedbacks.

It was a very productive two days of exchange with the whole consortium and the Scientific Advisory Board. These two days guided the project to advance until the next meeting, which is scheduled for the beginning of April in Udine, Italy.